Children get hurt. And throughout your career as a parent, you’re going to find a hurt child or more. Bruises, scrapes, and bumps on the head – it all comes with the territory of parenting. In today’s world, when accidents happen, parents spend way too much time placing blame rather than fixing the situation(s) and moving on. We’re in charge of our children’s actions, plain and simple. How they act is a direct reflection of our parenting success and shortcomings. Sure, tiny children are learning, but when things happen, the way parents act determines the child’s actions the next time around.

The other day, my daughter had an accident that made me think about how socially numb, and rude people have let themselves become. I tend to take children’s actions on the playground with a grain of salt, and my expectations for children, in general, are limited. However, my expectations of adults are higher, but nothing outrageous. And sadly, they’re hardly ever met. Here’s the shortlist:

If you have those qualities on the playground, we’re already friends in my book.

At a local indoor playground, called KidVentures, there is a large princess castle. It has two levels, a slide, and a play section beneath it. It’s perfect for a wide range of children. My daughter can’t confidently walk, but she loves to climb! Whenever I see her heading towards the castle, I follow.

I want to make sure she doesn’t fall down the stairs, but I also want to make sure she doesn’t push another child if she loses her balance (or on purpose because you never know). She’s only 11 months old, and we haven’t started learning manners, and most days, she’s the youngest at the facility. Vienna has never enjoyed playing with younger children, but she is fascinated by ones older. So, it’s a win-win most of the time.

Anyway, she was on top of the castle and made a friend whose mom said she was 16 months old. Her mom and I were standing by the stairs to make sure the babies didn’t fall. Now, I was on the ground, but the other mom was halfway up the stairs playing Peek-a-Boo with her daughter through an open window. Suddenly, Vienna’s curiosity kicked in, and she wanted to understand the game.

From my angle, it looked like both girls had bumped heads, but in an instant, I knew I was wrong. Vienna hit the side of the castle, full-on, with her face, and hard. I guess she was trying to look through the window. She sat back, and tears filled her eyes while she tried to understand what had just happened. To make matters worse, the other girl giggled (not in a mean way, she didn’t understand the situation either).

I needed to grab my baby immediately and reassure her that she was okay. Not to mention, praise her for not crying, and then go get some ice for her bump. But was I able to do that? NO! Because the other mom was halfway up the stairs, I couldn’t get to my daughter. If it had been reversed, I would have picked up the crying baby and handed her to her mother. But instead, the woman brushed right past my hurt baby girl, picked up her daughter (not saying a word to mine), and took her daughter slowly down the stairs to the other side of the playroom.

Okay, fine. I’ll give the mom the benefit of the doubt. Maybe her angle was terrible too, and she mistook the sniffles for giggles. Although, I doubt it. Parents today are afraid of touching other people’s children. It’s been the source of many fights and news headlines, so I even understand her not wanting to get involved (especially since I was right there). BUT, why did she take her damn time walking down the stairs? That was the part that boiled my blood. I had to get to my daughter, and I was very obviously trying to get up the stairs.

It was clear her baby was fine, the extra caution on the mom’s part was unnecessary. When I got to Vienna, I felt awful, but she seemed happy, just having me there. I tried not to think of anything negative towards the other mom. Maybe we both did our best. That’s probably the truth, right? Nope! With a side-eye, the woman says, “Oh yeah. I saw that. She hit her head, H.A.R.D!”

We’re lucky that it was a small incident, and Vienna recovered almost immediately. She was more in shock than injured. But, this situation hurt me as a mom, as a woman, and as a person. We’ve become so self-involved, conceded, and disengaged with others that we’re able to ignore hurt babies. That’s the lowest of the low, in my book. If you’re unsure how to act, check this out.

Depending on the child’s age, you might be able to simply ask if they’re alright. Then, take any following steps necessary. However, if it’s an infant or toddler, their vocabulary is limited or nonexistent. Parents should always be fully aware of their surroundings. You know if you’re the only adult near this child, and if that happens, make sure you act.

First, look around for a parent rushing towards the child, and let them know if it looks serious or not by saying something along the lines of “She bumped her head, but it didn’t look too hard from where I’m at.” If the parent is far away, ask if they want you to grab the child. If they say no, it’s okay. An offering is kind. Finally, try to comfort the child with supportive words. But most importantly……get out of the way! 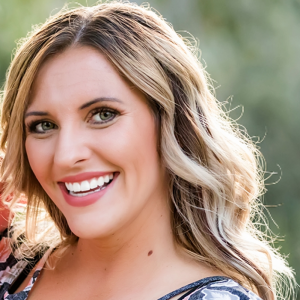 The Best Two Words My OB/GYN Said To Me

A Millennial Birth Plan For An Enjoyable Delivery

The 5 Step Guide To Finding The Perfect OB/GYN

Hi! I’m Margaret Greco, and I’m a millennial mom. How did I start Leakytits? Well, I’ll tell you about me. It really began with me having my beautiful baby girl in March 2019. Since then, I worked my ass off…